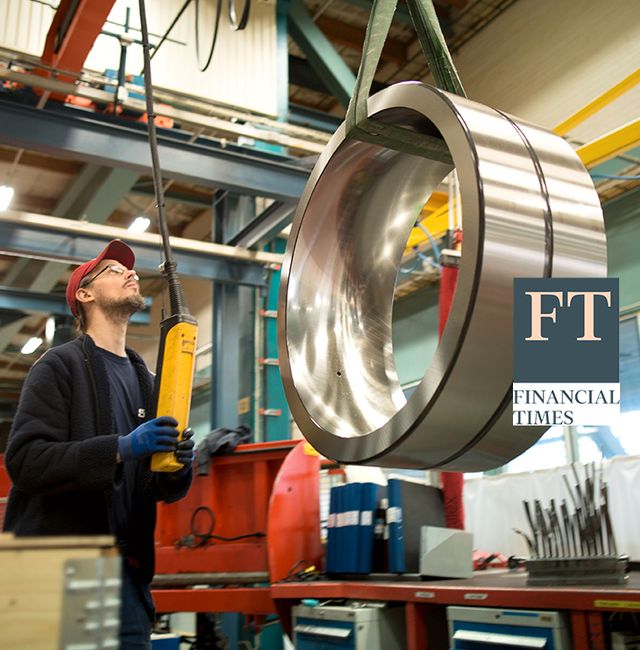 It was supposed to be a terrible start to the summer. As a debate rages in Sweden over whether its lighter-touch approach to managing coronavirus has been the correct course, most European analysts were braced for dreadful quarterly earnings from the Scandinavian country during the height of the pandemic.

From telecoms equipment maker Ericsson to consumer appliances manufacturer Electrolux via lender Handelsbanken and lockmaker Assa Abloy, Swedish companies have delivered profits well above what the market was expecting, even if in some cases that merely meant a less precipitous decline than analysts had feared.

“I have never seen such a high proportion of companies coming in with better profits than expected. It’s almost every company,” said Esbjorn Lundevall, chief equity strategist at lender SEB.

The bumper crop begs the question of how many of the positive surprises are due to Sweden’s more controversial approach to managing coronavirus. Unlike the rest of Europe and North America, the country did not have a lockdown and kept schools and many shops and businesses open — a public health experiment that has attracted global scrutiny and drawn both praise and censure.

“We have quickly adapted to the new reality, even though we don’t know how it will be going forward”
Alrik Danielson, CEO of SKF

“Keeping society open, schools open, doesn’t mean that we haven’t been hit. But it does mean that we haven’t suddenly not been able to leave our homes. That has undoubtedly helped companies,” Alrik Danielson, chief executive of Swedish bearings manufacturer SKF, told the FT.

The Gothenburg-based group has kept its offices in Sweden open throughout the crisis and expects workers to come in unless they are ill. Its second-quarter underlying operating profits in the three months to June fell by almost half compared with a year ago but were still a third ahead of analyst expectations.

“We have quickly adapted to the new reality, even though we don’t know how it will be going forward,” said Mr Danielson. Shares in SKF, whose ball bearings are used in everything from paper machines to cars, are broadly flat since the start of 2020 but have risen by more than half since their lowest point this year in March, when the pandemic erupted.

Sweden’s coronavirus approach has been highly controversial internationally as its death rate per capita has been far higher than neighbouring Norway, Denmark and Finland. But its excess mortality levels have been lower than other European countries that have locked down such as the UK, France, Spain and Belgium.

It is a similar story in terms of the predicted economic impact. Economists and central banks forecast that Sweden’s GDP this year should decline by about 5 per cent, broadly in line with Norway and Denmark and far better than the likes of Italy, the UK or France. 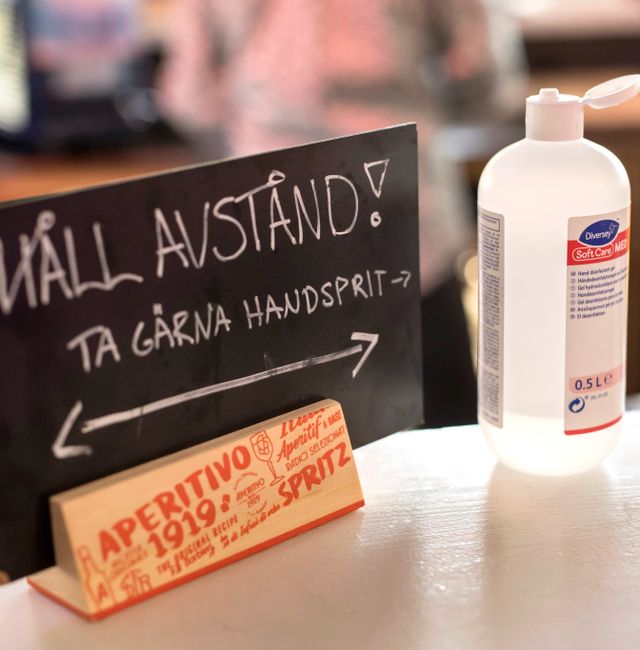 Swedbank, Sweden’s oldest lender and one of its three large banks, reported pre-tax profit in the second quarter of SKr6bn, down slightly year-on-year but almost 40 per cent ahead of analyst expectations.

Chief executive Jens Henriksson said of the potential boost from Sweden’s coronavirus approach: “I’m not going to say yes or no. We have not been as closed down. And that translates into a positive effect. If you look at the Swedish economy, we’ve seen signs that it’s picking up.”

He added that large companies, which at the start of the coronavirus crisis in March had rushed to Swedbank for new loans, were beginning to repay them while smaller businesses had not borrowed as much as many had expected. 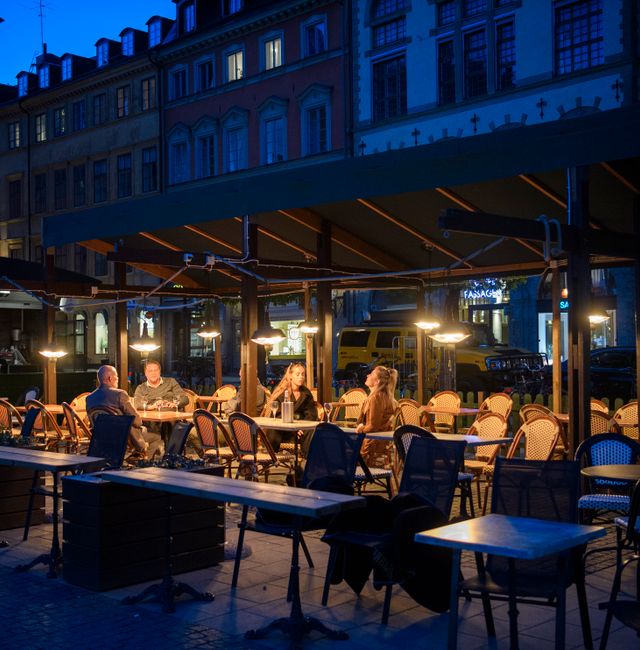 While most of the banks booked high provisions for potential credit losses — but lower than many analysts forecast — Handelsbanken surprised investors by taking its lowest level of provisions for years.

“There has been a very low number of bankruptcies in general in the country,” said Mr Lundevall. “I would find it reasonable to assume that is a function of the different way we’ve handled the crisis, and it’s reflected in the rather low credit losses in the banks.”

The housing market has also stayed robust, with SEB’s confidence indicator showing its biggest ever improvement from June to July. 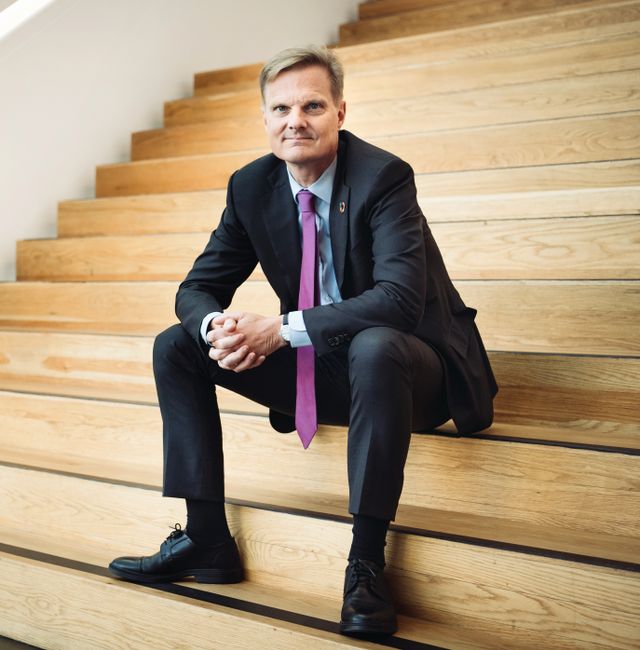 Analysts point out that there is a split among Swedish companies between those with a heavy domestic focus, such as retail banks, which have benefited the most from the country’s approach while the manufacturers that make up Sweden’s large export sector have been more exposed to reduced global demand.

Truckmaker Volvo Group, industrial groups Alfa-Laval, Trelleborg and SKF, and medical technology company Getinge all posted drops in second-quarter profits but beat consensus analyst forecasts. Ericsson increased its operating profit in the quarter while Electrolux almost broke even, well ahead of estimates of a heavy loss.

One possible explanation is simply that analysts were too gloomy about the impact of coronavirus, not just in Sweden but across Europe.

Martin Lundstedt, Volvo’s chief executive, said the 38 per cent drop in sales in the period was “unprecedented” but drew strength from being able to post a profit despite disruption to the group’s supply chains as it quickly made deep cost cuts.

However, he described the light-touch approach to coronavirus as having a “rather limited effect” given the disruption to supply chains beyond the country’s borders. “We are too intertwined with other countries,” he said. “It’s more about the fact that a lot of Swedish companies have been working on flexibility.”

”What is the likelihood that this fear factor subsides? Now it’s about psychology, it’s about people”
Alrik Danielson, chief executive of SKF

Mr Danielson said that the automotive industry was one of the most important for SKF and noted that although car sales in Sweden have borne up far better than most European countries, the abrupt halt in the industry in April and the first half of May hit the group hard.

All industrial groups have been helped by signs of recovery in China and a robust early rebound in much of Europe, as well as large government support packages to maintain jobs.

The big worry for them now is about whether a second wave of coronavirus hits Europe and the US in the autumn.

He is not alone in thinking that Sweden has a subtle psychological advantage by dint of having stayed more open and having people less scared of working, shopping and socialising outside the home.

”There could be murkier waters coming our way”
Johan Torgeby, chief executive of SEB

Mr Lundevall said that although many Swedish employees, including himself, had chosen to work from home until recently the decision to keep schools and kindergartens open was a game-changer for those with younger children.

“I would guess that makes the average Swedish worker more productive. There will be a long-term effect of children staying out of school. It’s difficult to calculate the exact financial effect but it’s really important,” he added.

Though they are satisfied with how well their companies have navigated the opening chapter of the Covid-19 crisis, Swedish executives are acutely aware of how little visibility they have for the rest of the year.

Johan Torgeby, chief executive of SEB, said that “everything else being equal” Sweden’s no-lockdown approach had helped the credit quality of its companies.

But he warned: “It doesn’t take away the worry of a second wave. There could be murkier waters coming our way. Is the world going to shut everything down again or not?” 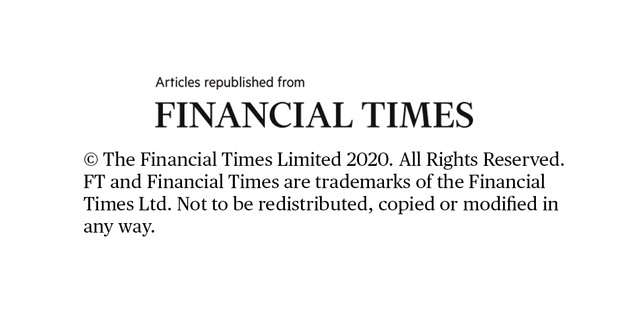